The music room - Vinyl vs Cassette vs CD vs MP3 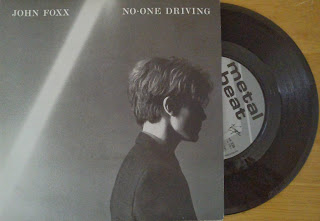 Recently I bought a new album. That’s not really unusual, but the next bit is. I bought it on vinyl. For the first time in almost 30 years I bought a new vinyl LP. It was Love your Dum and Mad by Whitburn’s finest, Nadine Shah, if you’re wondering.
Don’t get me wrong, I’ve bought loads of ‘mint-unplayed’ LPs since CDs threatened to take over the world (I wonder how that plan’s going), but they’re not really new. An LP is only really new if you’re the first person to own it. Newness isn’t a question of condition, it’s a question of ownership.

Most ‘advances’ in musical formats have been almost entirely about miniaturisation, to the extent that mp3s are completely invisible to the naked eye and the collection that used to fill your spare room now fills a device that’s not much bigger than a postage stamp. Unfortunately as collections have become physically smaller they’ve also become less significant. No longer do you have to choose in advance the music that you think you’ll need to get you through your day, because you’re carrying your whole collection with you.

I’ve also been experimenting recently with listening to lots of music on cassette. It’s a part of my collection that had been neglected for years. Cassettes are under-rated (even sneered at by some) as a musical format, but they were the first truly successful attempt to bring portable music to the masses and therefore the first step on a journey that led to mp3 players. Cassettes now seem like they were made for simpler, slower times and in many ways they were. There was no automatic jumping to a specific track, if you wanted to listen to ‘Neuköln’ on David Bowie’s Heroes then you’d have to go on a journey, because it’s tucked away at track four on side two and on a cassette that takes some finding.

I find CDs a little bit difficult to love too, even though I’ve got thousands of them. They never really came through on their promise of indestructibility for one thing, and when they’re badly scratched they don’t crackle warmly like vinyl does – they skip in a way that threatens to raise blood pressure when crackling old vinyl has absolutely the opposite effect. CDs are too clinical. They have no warmth. They don’t ‘sigh’ when you press the play button. They’re too convenient. In 100 years they’ll be remembered only as the 25-year halfway house between analogue music and music that doesn't really physically exist. That’s not much of a legacy.

So although it’s the music rather than the method of transportation that’s ultimately important it’s vinyl’s trumpet that gets my ‘toot’. If you’re still unconvinced I’ll leave you with one final parting shot. The 7” vinyl single is popular music in its purest form.