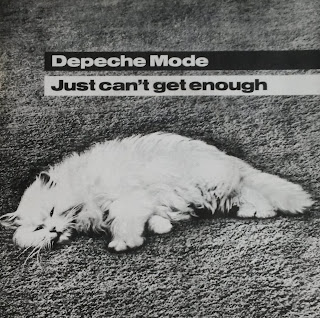 Sex and music have been splashed all over the news recently. From the implausibly named Robin Thicke with his unsavoury lyrics and scantily clad friends to someone who used to be teen heroine Hannah Montana brazenly 'Twerking' with implausibly named Robin at the MTV awards. At this point, for readers over the age of 22 I'd better explain that 'Twerking' is defined in the indispensable Urban Dictionary as, 'basically a slutty dance'. In fact the delightfully named triple album 'Twerk It' is currently riding high in the UK hit parade. It features the aforementioned Robin Thicke and Miley Cyrus and, it probably goes without saying, Little Mix. 60 tunes, old and new, tailor made for twerking to.

This preponderance of sex and music made me (and Sinead O'Connor and Annie Lennox) wonder whether it’s a new phenomenon. Is music any more sexually explicit now than it was when we were all knee-high to grasshoppers?

'Absolutely not' I hear most of you shout. Sex and music have been inextricably linked ever since Adam realised that being in a band was the fastest way to get into Eve's fig leaf. Of course it was a while before he found any bandmates, and when he eventually did they were brothers, and everyone knows what happens when you have brothers in a band.

If you don't believe that sex and music have been inextricably linked since the very dawn of time then here’s the proof. 22 years ago the UK number one single was ‘I Wanna Sex You Up’. And what do you think Marvin, to whom Robin has been implausibly linked, was singing about on ‘Let's Get it on’? Do you have any idea what Bill Haley, and Big Joe Turner before him, was referring to when singing, 59 years ago, about a one-eyed cat in ‘Shake, Rattle and Roll’?
And what about Tommy McClennan’s 72-year old blues (and carpentry) classic ‘Cross Cut Saw Blues’, which opens with the immortal lines;

There have admittedly been recent subtle changes, however. Changes that were set in motion by Madonna and carried forward by Britney Spears and Christina Aguilera. Changes that resulted in the more explicit becoming more mainstream. I’m also thinking at this point of Britney Spears video for ‘Toxic’. As I often do.

Ultimately though, popular music is all about rebellion, about shocking adults. In many ways that’s the whole point of it. Consider Little Richard’s lyrics and sexual ambiguity. Or maybe Elvis Presley’s hips. Or how about the ‘in your face’ attitude towards drug taking that pervaded the late 1960s (and the club culture of the late 1980s). Or possibly the long hair and make-up so beloved of the finest proponents of glam rock. Or David Bowie, not sure if he’s a boy or a girl. Even the anti-establishment stance and lack of accepted musical talent of Punk, so shocking that ‘God Save The Queen’ wasn’t allowed to reach the top of the charts.

Hopefully you’re starting to get the picture now. Miley and Robin’s antics are designed, and even literally choreographed to shock. So if you feel outraged by their attention-seeking behaviour, then their plans have well and truly worked.

Still available for Kindle - 'The Great Cassette Experiment - The Joy Of Cassettes', the perfect Christmas gift (typed without a hint of irony).