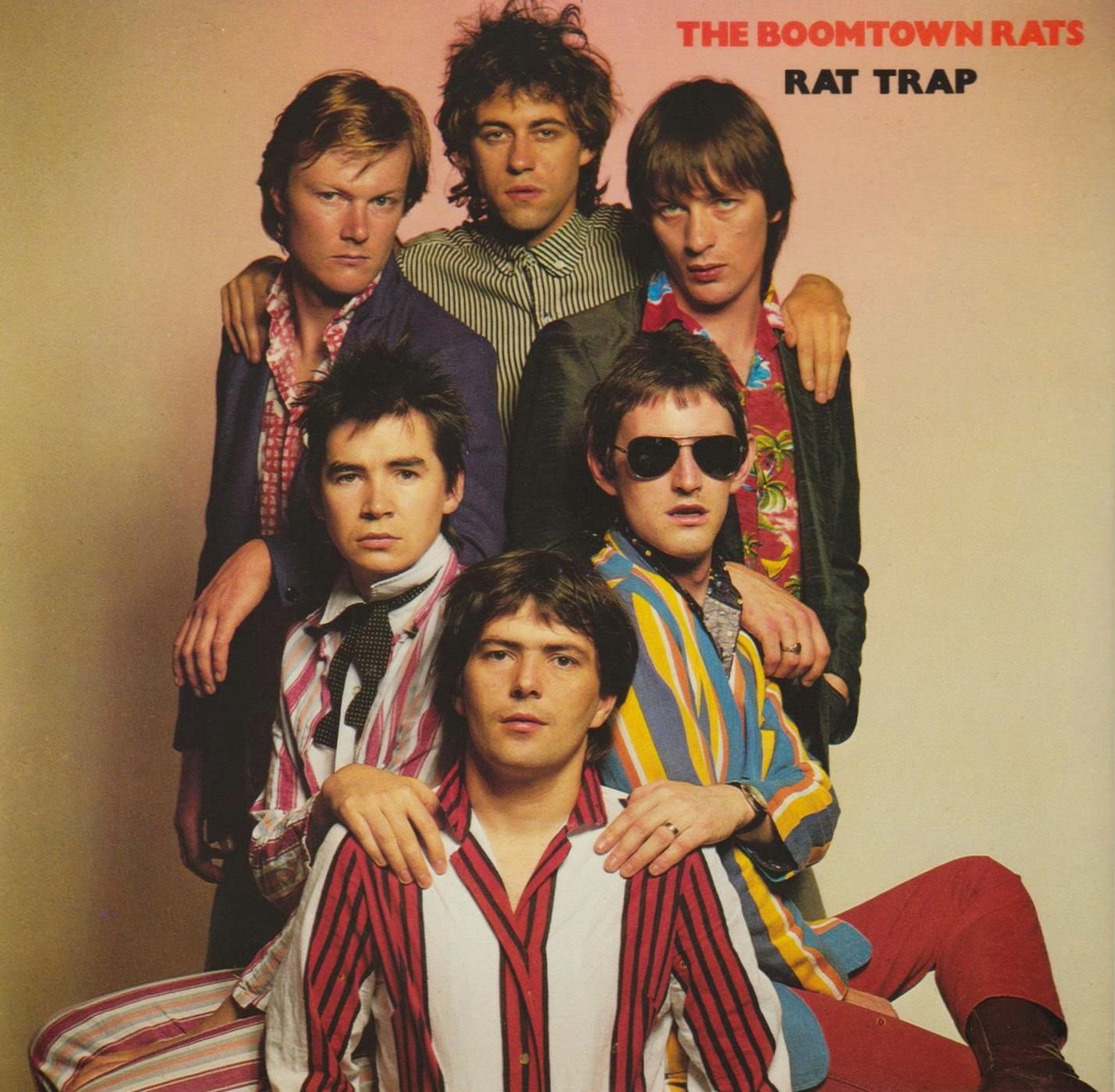 As we’ve already established, the first single I ever bought was ABBA’s ‘The name of the game’, but pretty soon, like most spotty boys at the time I fell prey to the lure of Punk. My first punk obsession were The Boomtown Rats and pretty soon I’d turned to the dark side, purchasing in swift succession the powerful anthem to schoolroom obsession ‘Mary of the 4th form’, the staccato delivery classic ‘Like clockwork’. Soon to follow was the claustrophobic ‘Rat trap’, the number one single that delivered the UK from the monotony of endless weeks of John Travolta and Olivia Newton-John’s ‘Summer nights’ (and eventually gave way to the potentially worse chart-topping prospect of Rod Stewart’s ‘Do Ya think I’m sexy’) and then ‘I don’t like Mondays’, to the best of my knowledge the only single ever to reach the top of the charts to take a school massacre as its subject matter. Eventually, an inexplicably German copy of ‘Someone’s looking at you’ was added to the collection.


At some point along the line, The Rats stopped being punk. In fact I even have some nagging doubts now that they were ever musically a punk band, but they certainly had a Punk attitude – Johnnie Fingers always wore his Pyjamas for goodness sake, it doesn’t get much more punk than that. And of course Bob Geldof could always strip the paint from a whole houseful of doors with one cutting phrase. Great chunks of the first three albums now sound like they were made by a tight band with a Bruce Springsteen and Shangri-Las obsession (if you can’t see the Springsteen comparisons (and now that I’ve made it I find it difficult to see anything else!) then just have a nifty listen to ‘Joey’s on the streets again’ from the first album (it’s even got exactly the right saxophone solo) or ‘When the night comes’ from ‘The fine art of surfacing’ you may be a little more convinced). The Rats fell out of fashion as rapidly as they’d somehow found themselves in it but as my Punk first love they’ll always have a little piece of my heart.


As a footnote, ‘Tonic for the troops’ was one of the first albums that I owned, ordered from the Amazon of 1978, my Mam’s Grattans catalogue along with Jean Michel Jarre’s ‘Equinoxe’ and Darts’ ‘Everyone plays Darts’. What a bizarre mixture of musical tastes I had.