Cassette experiment day 127 - The Buggles 'The Age of Plastic' 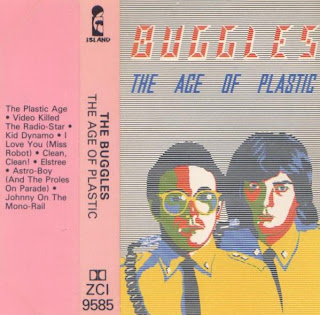 It's a little known fact that musical genius and knob-twiddler extraordinaire and yours truly have a number of things in common. Little Trev was born just a few miles from where I now sit, on the same day as me (although he arrived a few years before I did) and we were both at Newcastle City Hall in 1980 for a concert by a group called Yes (you might have heard of them). Of course I was in the audience and Trevor (and fellow Buggle Geoff Downes) were on stage with some hippies to perform the buggliest Yes concert that was ever heard. It was one of the most unusual gigs I've ever been to.
When the definitive history of electronic music is finally written, Trevor's production career will no doubt feature prominently. And, most likely, the career of his first band, The Buggles, will hardly merit a footnote. Today I'm hoping to redress this potential future injustice by featuring as cassette of the day a hugely influential (but now for some reason considered slightly embarrassing) album, 'The Age of Plastic' by The Buggles.
Not so much a concept album, more an album with an underlying concept (admittedly the difference is very subtle!), it's awash with futuristic visions of robots and disposability. Veering from the concept, there's also the brilliant, nostalgic, 'Elstree', about the golden age of British B-movies. It boasts one of the best beginnings and endings in electronic pop.
'Video killed the radio star' is the best known tune here of course, and the fact that this piece of classic pop is now unfairly perceived as a bit of a novelty hit tends to overshadow the album's reputation. Other tracks of note are the almost title track 'The Plastic Age' and the powerful tale of little known double act, Pogo and Johnny in 'Clean, Clean!'
One further item of note: Trevor Horn wasn't the only performer on this album to go on to become a hugely successful record producer. Drummer Richard James Burgess very shortly found further fame as producer of Spandau Ballet (and, lest we forget, Five Star), and members of electropop royalty, Landscape.
If, like me, you're a fan of this album then please keep an eye open for 'English Garden' by Bruce Woolley and the Camera Club. Bruce co-wrote some of the tunes on 'The Age of Plastic', including 'Video killed the radio star' and you'll find his own band's very slightly punkier versions of these numbers on 'English Garden'. If you're still unconvinced then the fact that The Camera Club include within their ranks both Matthew Seligman and Thomas Dolby might just tip your balance.
Label – Island Records 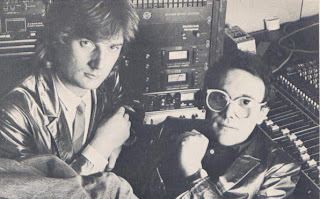